The Dutch regulations on granting PhD degrees are a disgrace. Unlike most other countries, The Netherlands only gives full professors the right to award a PhD (the full professor has the “ius promovendi”). Thus, in the current regulations, if you’re an assistant or associate professor supervising a PhD student, you will need to find a full professor (deemed “the promotor”) who will be fully responsible for the entire PhD process, even if you’re planning to do all supervision yourself.

I am relieved that this miserable rule is about to change: February 23rd of this year, the Dutch parliament (Tweede Kamer) has passed an Internationalization Law to bring PhD supervision more in line with the rest of the world (for an English summary, see this Science Guide article).

However, the vote for this law in the Dutch Senate (Eerste Kamer) still needs to take place, scheduled for June 6. Much to my surprise, the preliminary reports by the Senate committee raised all sorts of concerns. The senators advocate a hierarchical model in which the full professor is “responsible for the discipline” — a notion at odds with the modern principal investigator approach in which all researchers are peers. The senators are afraid of “undesirable friction”, thereby assuming that making the roles of co-advisors explicit increases rather than decreases friction. The senators gratuitously worry that extending the ius promovendi to non-full professors will reduce the quality of the supervision. The senators argue that granting the right to supervise at the end of a career, is an attractive way of encouraging young professors to engage in such a career. Lastly, in line with the advice of the Raad van State, the senators wonder “whether there is a real problem requiring a new law”.

Answers to these concerns and questions will be provided by the Dutch Minster of Education, after which the senators will vote. Despite the senators’ concerns, the general expectation is that the law will pass. In preparing her answer, the minister can use a wide range of documents arguing the need for this change, e.g., by the Young Academy and the ILLC Research School.

The Dutch Young Academy lists nine key concerns with the current regulation. They argue that the current law is disconnected from reality in academic life, resulting in insufficient recognition (in reputation, financially, and when competing for grants) for the non-full professors involved. The Young Academy also points out that the present situation makes The Netherlands unattractive for talented researchers seeking to pursue an academic career in The Netherlands (as a point of reference, in my department half of the faculty is non-Dutch). Besides this, the ILLC in its letter (in English) to the executive board of the University of Amsterdam emphasizes problems related to quality control, arguing that in many areas it will be hard to find a full professor who is the actual expert in the field.

Yet besides being problematic for assistant and associate professors, restricting formal responsibility for PhD supervision to full professors directly hurts PhD students:

In the past 10 years, I witnessed each of these problems in my many interactions with PhD students and co-advisors under the Dutch regulations (I have worked with seven different non-full professor co-supervisors, and with over 35 past and current PhD students). In my group we try to take the most liberal interpretation of the regulations, handing over supervision responsibilities to the co-advisors as much as possible. Despite this, the bizarre limitations for non-full professors percolate through the PhD process, and affect all involved negatively.

To remedy these problems, I trust the senate will vote in favor of the changes to the law.

After that, it is up to the universities to take advantage of this law, and change their own doctoral regulations. The ILLC has various useful suggestions. For example, they call for always appointing two supervisors (a good idea already in place at various universities). Given the new law, it then becomes possible to make the young assistant professor (who, e.g., has obtained the grant) the primary supervisor, and to involve a second supervisor in a more advisory role (i.e., not carrying executive responsibility for the success of the PhD). Drafting these new regulations in a way that is most beneficial to the PhD students, and getting them approved will take some time, but I am confident the improvement will be worth the effort.

I call on all Dutch senators to vote in favor of the new law. Once approved, I expect that Dutch universities will revise their doctoral regulations to make full use of the new legal possibilities, to the benefit of PhD students in The Netherlands and (young) faculty alike. Where needed, I pledge to use my influence, for example as head of department at TU Delft, to make this happen.

UPDATE 7 June 2017: In response to the questions from the Dutch senators, the VSNU (the Association of Dutch Universities) and the presidents of the Dutch Universities provided an addendum explaining how they would implement the law in their regulations. In particular, this addendum emphasizes that universities will grant the “ius promovendum” to associate professors (“UHDs”), but not to assistant professors. Given this addendum, the Senate passed the internationalization law on June 6, 2017. 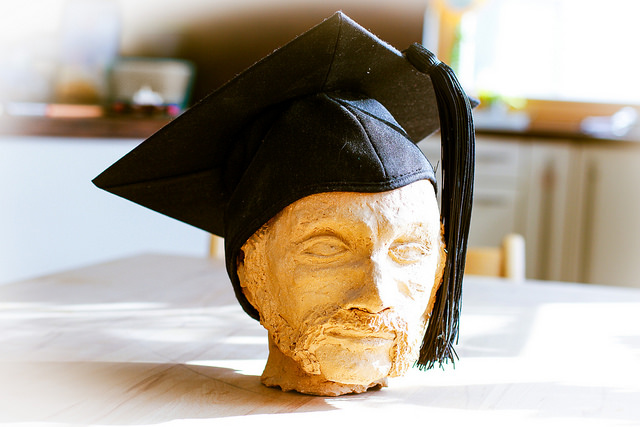