One of the new courses at the TU Delft MSc Computer Science in 2012 was on reactive programming. The students loved this course, and I had a great time too. What was so good about it?

Format
The course was taught by Erik Meijer, creator of the .NET reactive extensions framework Rx. Erik works at Microsoft, Redmond, and has a part time appointment at TU Delft. The lectures thus were packed in two weeks, followed by several student presentations over Skype after Erik had returned to Redmond. 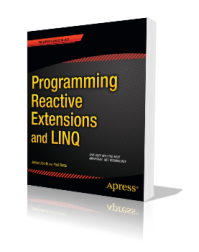 Labwork
Students subsequently used this understanding of reactive programming to build a cloud-based (Windows) phone app, to be put in the market place. Results include one app to keep an eye on your stack overflow account, and two apps focused on train delays. Some helper libraries developed by the students are now on github, such as a proxy for the Dutch Railways API, and ExchangeLINQ, a LINQ query provider for the Stack Exchange API.

The Engineer as Educator

One thing that made this course special was Erik sharing his extensive experience in API design. He explained the actual tradeoffs he and his team made in the design of Rx — for example when deciding that subscribing to an IObservable should return an IDisposable in order to allow the developer to stop the subscription.

In order to explain his design decisions, Erik naturally made use of his background in functional programming. To answer the student’s questions, he used monads, co- and contravariance, category theory, and trampolines, to name a few. Thus, the course demonstrated how a thorough understanding of programming language theory is a prerequisite for good API design. More than anything, this course motivated students to dive into the theory of (functional) programming.

Pizza
In the final session, the students presented their apps and their reactive programming skills. The IDEs were opened, and the students experienced what it feels like when a senior engineer like Erik reviews your code. The session took place at 6pm over Skype, with students having pizza and beer, while Erik was having his morning coffee in Redmond.