Last week, Elsevier cut off thousands of scientists in Germany and Sweden from reading its recent journal articles, when negotiations over the cost of a nationwide open-access agreement broke down.

In these negotiations, universities are trying to change academic publishing, while publishers are defending the status quo. If you are an academic, you need to decide how to respond to this conflict: 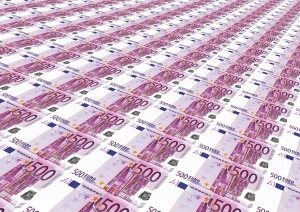 To put this number in perspective, consider my university, TU Delft. Our library spends €4-5 million each year on (journal) subscriptions. 30-40% of this amount, €1-2 million each year, ends up directly in the pockets of the shareholders of commercial publishers.

This is unacceptable. My university needs this money: To handle the immense work load coming with ever increasing student numbers, and to meet the research demands of society. A university cannot afford to waste money by just handing it over to publishers.

Universities across Europe have started to realize this. The Dutch, German, French, and Swedish universities have negotiated at the national level with publishers such as Springer Nature, Wiley, Taylor & Francis, Oxford University Press, and Elsevier (the largest publisher). In many cases deals have been made, with more and more options for open access publishing, at prices that were acceptable to the universities.

However, in several cases no deals have been made. The Dutch universities could not agree with the Royal Society of Chemistry Publishing, the French failed with Springer Nature, and now Germany and Sweden could not come to agreement with Elsevier. A common point of contention is that universities are only willing to pay for journal subscriptions if their employees can publish open access without additional article processing charges — a demand that directly challenges the current business model in academic publishing.

The negotiations are not over yet. Both in terms of open access availability and in terms of price publishers are far from where the universities want them to be. And if the universities would not negotiate themselves, tax payers and governments could simply force them, by putting a cap on the amount of money universities are allowed to spend on journal subscriptions.

Universities are likely to join forces, also across nations. They will determine maximum prices, and will not be willing to make exceptions. The negotiations will be brutal, as the publishers have much to loose and much to fight for.

In all these negotiations it is crucial that universities take back ownership of what they produce. Every single researcher can contribute, simply by making all of their own papers available on their institutional (pure.tudelft.nl for my university) or subject repositories (e.g., arxiv.org). This helps in two ways:

This seems like a simple thing to do, and it is: It should not take an average researcher more than 10 minutes to post a paper on a public repository.

Nevertheless, during my two years as department head I have seen many researchers who fail to see the need or take the time to upload their papers. I have begged, prayed, and pushed, wrote a green open access FAQ to address any legal concerns researchers might have, and wrote a step-by-step guide on how to upload a paper. 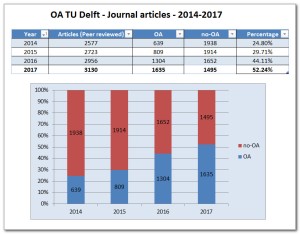 On top of that, my university, like many others, have made it compulsory for its employees to upload their papers to the institutional repository (this is not surprising since TU Delft plays a leading role in the Dutch negotiations between universities and publishers). Furthermore both national (NWO) and European (H2020, Horizon Europe) funding agencies insist on open access publications.

Despite all this, my department barely meets the university ambition of having 60% of its 2018 publications available as (green or gold) open access. To the credit of my departmental employees, however, they do better than many other departments. Also pre-print links uploaded to conference sites have typically been less than 60%, suggesting that the culture of self-archiving in computer science leaves much to be desired.

If anything, the recent cut off by Elsevier in Sweden and Germany emphasizes the need for self-archiving.

If you’re too busy to self-archive, you are helping Elsevier getting rich from public money.

If you do self-archive, you help your university explain to publishers that their services are only needed when they bring true value to the publishing process at an affordable price.